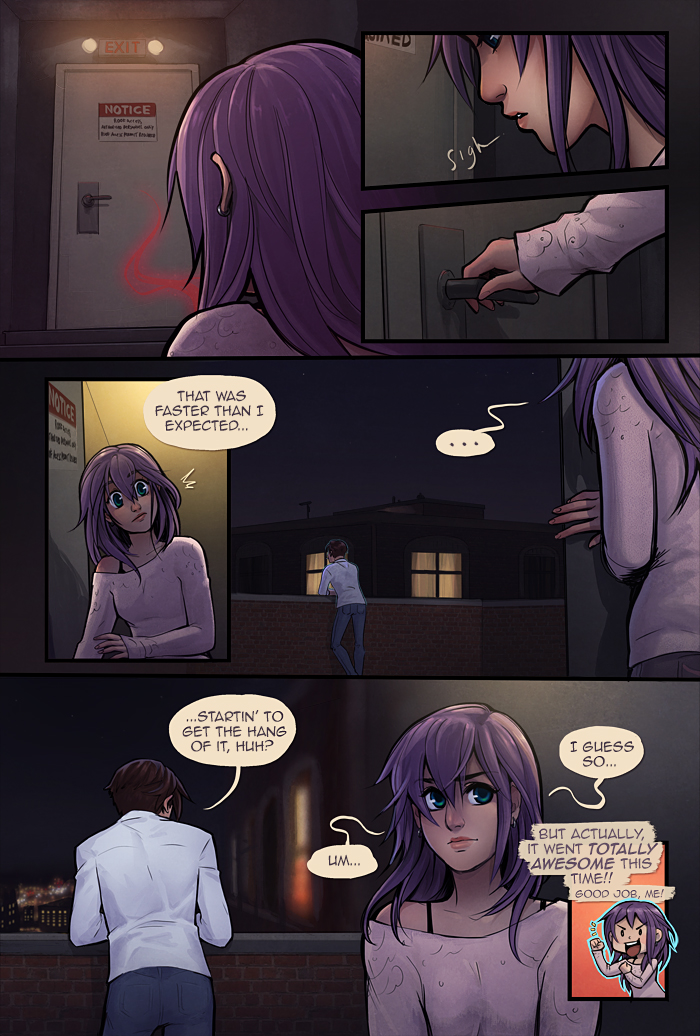 NO LYSANDER IT REALLY DID TAKE LONGER THAN EXPECTED.

OKAY SO HI HELLO. first off, I'M UPDATING FROM MY SURFACE PRO 8D!! it took some messing around, but i can do that now. which is good, cos my desktop is messed up from not having been turned on for 8 months :'D;;;; it was bound to happen.

secondly, whew that hiatus was a lot longer than expected lol. if you missed it on the comments area or on my tumblr, i had a wrist thing in feb. it healed up, and i did commissions to fund a trip in june. TAKING ON A DIGITAL COMMISSION WAS SUCH A MISTAKE, tho it came out awesome. but i always underestimate my lack of chill when it comes to digital paintings lol...so it took longer than i thought. [commission in question, if u wanna boo and hiss at it for taking me away from the comic :'D]

hmm, not sure what else to say. izzie is in school. somehow i am more busy now that she is out of the house for 4 hours a day than i was before LOL. i'm also taking traditional commissions off an on again, since i can pick at those while i'm at the park with her lol.

oh!! i hope people are ok after all the hurricanes coming thru the last couple months ;0; i've got fam and friends who were in the path of irma. they're all ok, tho with some house damage and in one case, a month or two of no power to look forward to... yuck ;0; i'm about to contribute to/help run a ML fanzine that's aimed at helping disaster relief [global, not just hurricane...i mean have y'all heard about the fires over here, and the flooding in southeast asia...earthquake in mexico...etc etc etccccccc like holy heck, planet, please calm down ;0; but yea, i will try to keep that to a minimum impact on my comic-ing by spreading it out over the next 2 months instead of doing it all at once ;;;;

ok i'mma stop here... i already started inking the next page today while waiting for a fix for my dsNET login fixes, so i hope i can get that one out within the month as well. thanks as always for being patient, even when i don't deserve iiitttgjdfk ;n;