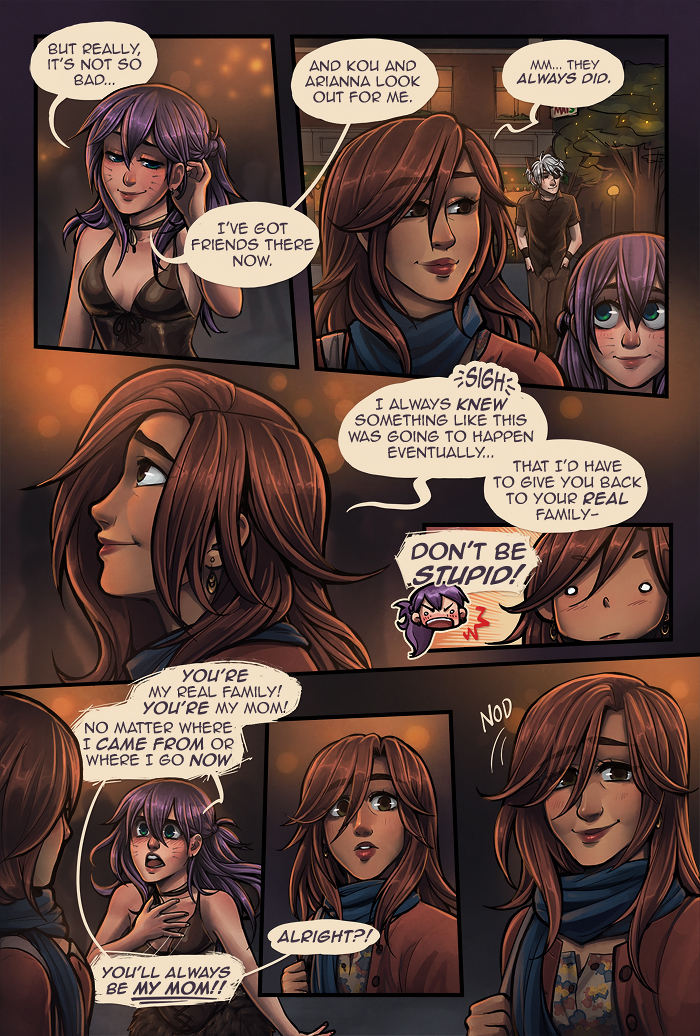 -----
12/22 EDIT:
As promised, here's the minicomic! I was gonna post it tomorrow but I have other things to worry about in the coming days, so just putting it up now!

[edit 2015: removing the images for clean-up purposes, you can see them on my tumblr.]


Gettin' a lil possessive there, aren't ya Vix? 8D;

THERE WILL BE NO NEW PAGE NEXT WEEK

Please check back next week anyway! I will be putting a 3 page mini comic for Xmas down here in the news post =D I'll post on all the news feeds about it but the RSS won't update to let you know to look, so if that's how you remember to read d*s...yeah! Just try to remember, I guess :'D You will like it, I assure you :]

If not, I'll see you guys next year :'D Happy Holidays!!


SPIDERFOREST COMIC OF THE WEEK!
This week is actually dream*scar's week.... lol. But since I won't be updating next week, let's just skip ahead andddd piiimpppp

A runaway supersoldier and a lady bard go on adventures with a snarky pilot; meanwhile, a weird guy who talks to trees finds a lost kid on a battlefield and ends up taking care of him. On their journeys they encounter assassins, toxic forests, draconic airships, and a search for a mythical land.

You might've seen this comic on my links page already, which means it's one of my weekly haunts hahah. FM is so fucking fun. It took me a while to get into it but now I kinda obsessively check it every week XD This is another comic done traditionally [SF has a lot of those!!] and the charas are so cool. Luthe is so goddamn cool and a beast and ffffffffffff. Felix has actually bee redrawing all the old chapters so now's a super good time to give it a read =D

Page 4 and 5 of the Kou/Arliss mini-comic wherein they attempt to find a bday gift for Vix. I just wanted to finish this up in one go since there will be no update next week xD Hope you guys enjoyed this side comic :D