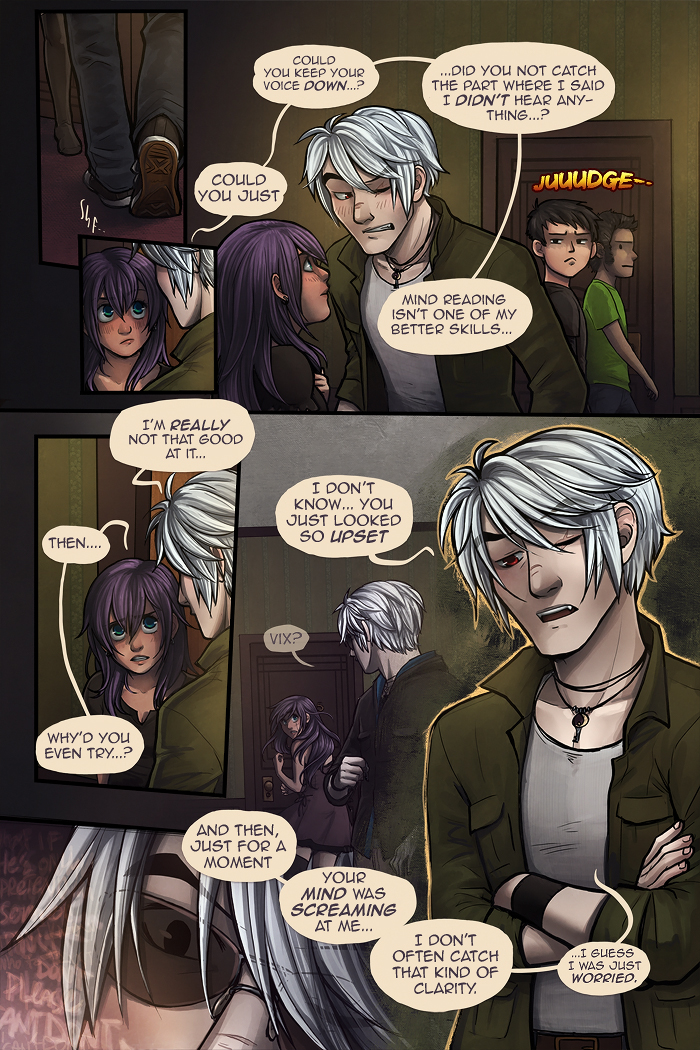 PS, due to some confusion from you guys, I altered this page so there were flashback panels in it. SO THANKS GUYS you improved the page 8D It is def better now xD

EDIT:
Here is the scene from the flashback, if you want to reread it with this reveal in mind... kind of changes the context a bit, I imagine!
[end edit!]


On the other hand, I am sure some of you were hoping more for this sort of outcome after those first panels:

Not gonna lie, after I inked those panels, I kinda felt it too LOL... Y'all infecting me with your ship, jeysus. Speaking of, there's a lot of Kix going on right now. The vote bait, for one...and then a pic I drew during the livestream cos everyone wanted me to draw a Kix pic haha.

In other news, I got a Zeke/Vix giftart, but they haven't gotten an okay to post the art in my news box yet...so uhh instead I WILL JUST LINK TO IT AND GUSH MORE BECAUSE aaaaaaaah it's so cool aaah look at it. DAT CURVY VIX and her faaaceee and fhdsjshj i just love her expression :CCCC HOT ZEKE. HOT ZEKE FOREVERRRRRRRR //howling into the wind

...but srsly go show it some love.

SpiderForest Application Season Closing Soon!
July 24th is the last day to apply! Self hosted comics only this round!! That means you need to have your comic hosted on your own site [paid for normally, ad free, etc], and not on a place like a DA gallery lol.
Check here to read a more thorough description~


Another thing!! Any of you guys read Amya? They are doing a kickstarter right now! 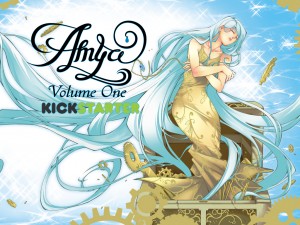 Help'em out! Even just spreading the word is nice =D

Kix Date Comic [2006] pages 5 & 6! Not gonna lie, the last page is still my favourite part of this whole comic hahah... ahhh. Hope you enjoyed this old comic!! I will share all the pages on tumblr sometime~ [under the kix tag probably!] I think next time I need something to use as vote bait, I will have to share this one where Arlie and Kou try to shop for a birthday present for Vix lol... it's a pretty good one.