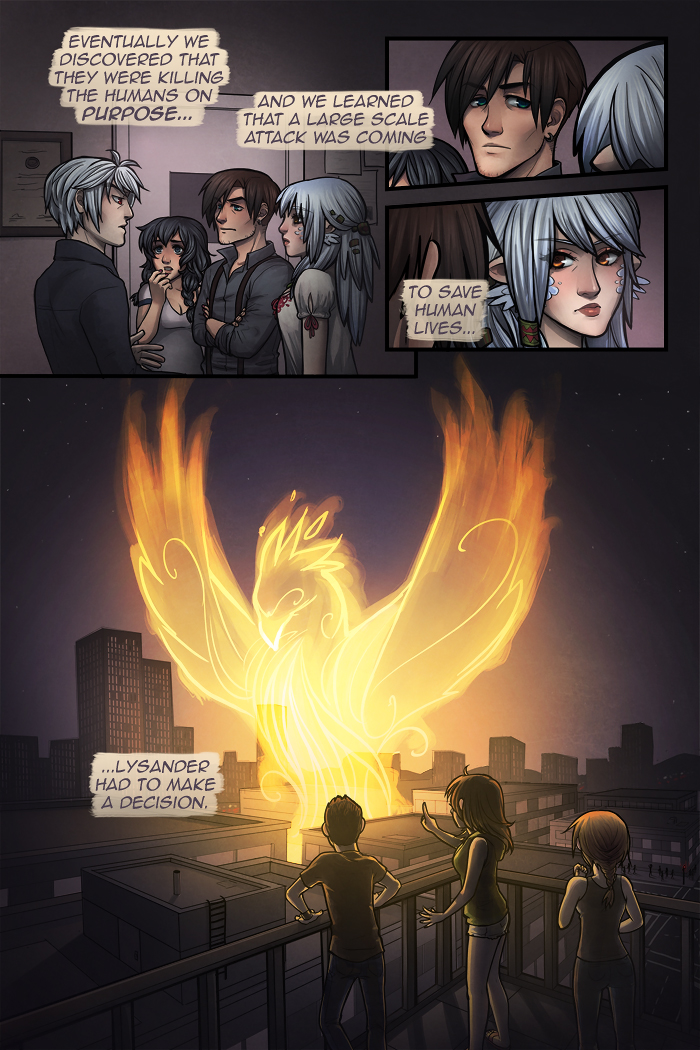 ahhh it took me all day to colour this page cos NEEDY BABY IS NEEDY. i ended up doing my quick method to finish it in time for a friday post [i have an hour left my time!!] sooo this is another page that will need editing later... probably it will only be for the print version tho i guess... maybe that is how i oughta be doing it anyway!

i ended up altering the fuck outta this scene tho. i cut a lot and i'm cutting more out on the next page... mainly it's things that don't really need to really be discussed, but i will talk about them in the news post next week, cos i know some of you will probably be interested in the details!


anyway~ disney was p awesome! but really hot... D: i managed to not get a sunburn at all. 80SPF all over, every 2 hours. FUCK YOU SUN. YOU WON'T HAVE ME FOR YOUR FOOL.

here have a pointless pic of me and josh winning yes, i am still wearing my medieval times crown -- red knight whooo!!! that guy was a fuckin' boss. he won all the games and his fucking horse was a boss. like all teh other horses were sloooow [or maybe the knights weren't gunning it like the red] but the red knight's horse i think had rockets in it's ass or something. it was so fast. *-* he ended up getting killed by green at the very end tho. I WANTED TO CRY. but it was the furthest our knight has ever gotten [ours usually loses in the first round lmfao] so it was super exciting 8D even if he did lose 8DD oh and jeni got a rose from him right to the face. it hit her with an audible FWUP sound lmfao.


in other news, my wrist is still kinda acting up, but it's definitely doing better. really, i guess all the baby interruptions might be for the best really! xD

ummm, i think that is all i wanted to say! no new vote bait, agaaaaaain...but again, feel free to vote anyway. xD; hopefully i'll build a buffer again so i can just do the page preview thing again...

NSFW-ish due to thongy butt
Doofy comic with Vix & Rylie, featuring Kou! ...I umm... spent waaaaaaaaaaaaaay too much time on panel 6 [tho after uploading this pic i realized...i hadn't done lineweight on the 'tattoo' part, doh] but omg lmao.... guys i crack myself up. I'll probably redo panle 6 as a finished art sometime...