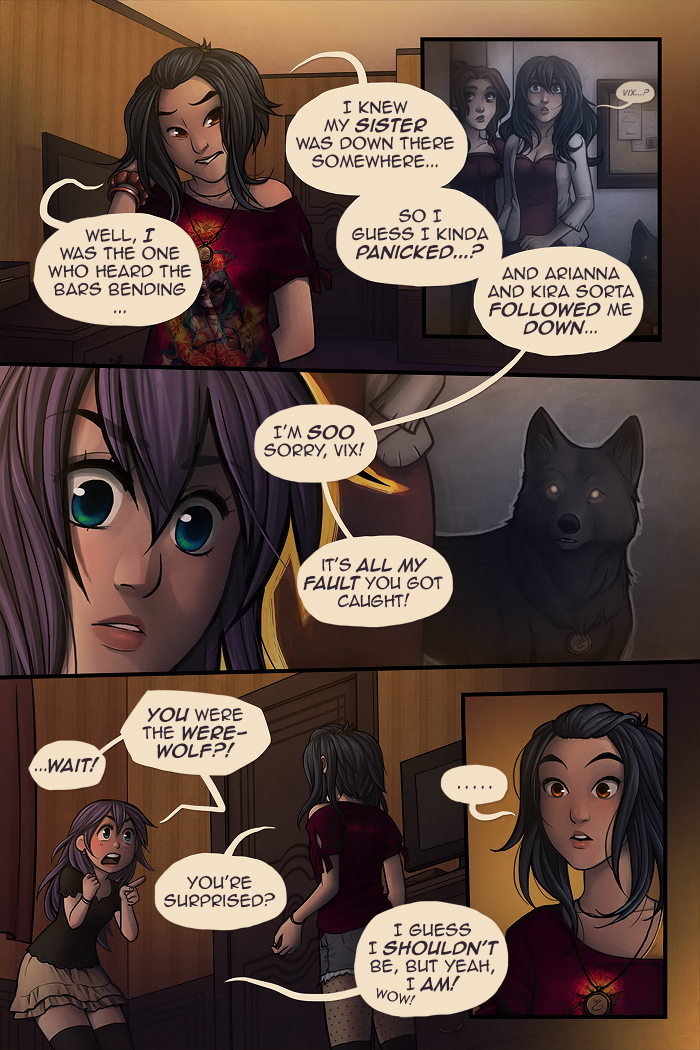 SURPRISE unless you already figured it out because of her necklace [p sure that's the only real clue xD], in which case CONGRATS YOU WERE RIGHT

Anyway HAPPY NEW YOU GUYS, did anyone make some really ambitious resolutions? I didn't! I actually forgot to make even one resolution... I was too busy drawing in my new sketchbook. LMAO. /headdesk [you can see what i was working on in the vote bait...]

Anyway I gotta go cos Izzie is being clingy [she's been sitting in my lap the whole time i've been writing this post...and is helping me by keysmashing]

Here, have a cute baby before I go 8D

SPIDER FOREST COMIC OF THE WEEK
This week is LaSalle's Legacy!

On a world similar to our own, Jonathan LaSalle meets his bastard brother, Jared, who reveals that their father had a very unsavory past. Part of that past is Rijik Van Heissler, a pirate turned zombie who is seeking vengeance for past wrongs. Jonathan and Jared must work together and learn how to kill this zombie before he can kill them. But time is running out for both of them...

Two WIPs for the price of one XD this is my last picture of 2013 and the first picture of 2014. 2013's last was a creepy pic of Vix's Twin in the dreamscape. 2014's first picture is a wistful Kix pic... I had this old trance song randomly in my head while drawing that one [so much nostalgia xD]