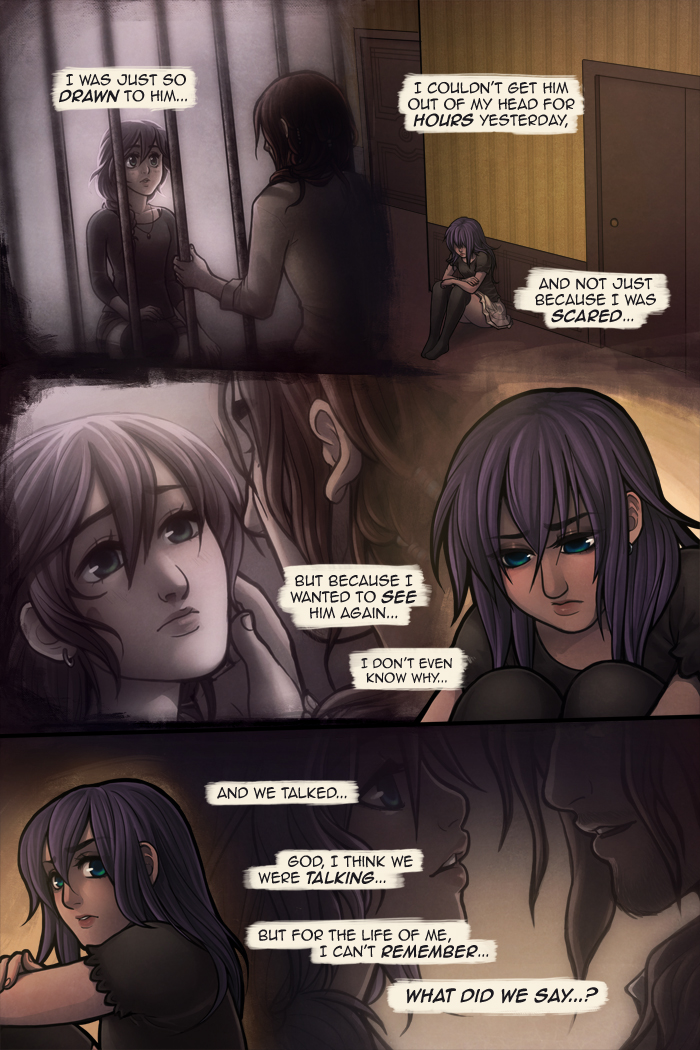 Guys this is the last page with flashbacks and I'm sorry, as much time as they save, I feel like it's a cheap way to do a comic. xD;

Thanks for being patient about this late page btw! XD I'm sorry about that too /facedirt

SO I hope those of you celebrating it had a good Thanksgiving! Getting a chance to see family is awesome when you are moved out haha. Well, at least my husband's family...mine is too far away to see very often :( but I'm visiting them next year! /exciteface

Luckily my in laws are the fucking bees knees tho so it works out just fine for me! /[email protected] 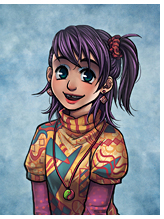 COMIC CREATORS FOR FREEDOM FUNDRAISER IS OFFICIALLY STARTING UP!
As I mentioned before, CCF is a fundraiser to help support Love146, an organization working against child trafficking. Please consider donating! You'll get a wallpaper featuring all of the artwork [including mine as seen above~!] from several webcomic artists! So many artists contributed, and I'm super stoked to have been involved :D

WHEN:
Donations will be accepted from Dec 2nd until Dec 14th! So check back on Monday!

HOW:
Donation Page -- unfortunately the organization had some technical issues getting paypal set up, so for now, that won't be an option =(

SPIDER FOREST COMIC OF THE WEEK
This week is Kaspall!

Goddammit, this is a comic I've been wanting to read for ages, cos I've suuuper enjoyed Lucy's other comic, Spare Keys, but I haven't had free time to read this week so I didn't get to ;_______; I STILL PLAN TO COS IT'S FUCKIN LUCY AND SHE'S A BOSS, and also she's working her way to it's conclusion! [a webcomic with an ending? hell yea!]

That said, here is the description she has for us:
The city of Kaspall has always been a magnet for the bizarre, but lately things have taken a nasty turn in the West Quay district. Someone is getting away with murder, but when there's no connection between the victims and the only witness has apparently lost her marbles, finding the killer is no easy task. Is it a local? One of the hundreds of Off-Worlders flooding the city? Or is it something even more strange?

Meanwhile, landlady Hazel Karswell has taken in a new tenant - a newly arrived Off-Worlder - who may cause rather more trouble than she expects; both for herself and everyone else who shares her home.

A bunch of things! First, some old Zeke/Vix comics based on the novel, but most of the dialogue has been redacted hahaha. There's also a clip for the NEXT page, and a wip of a Kou art I would one day like to finish [mildy nsfw, but nothing is detailed in so...]