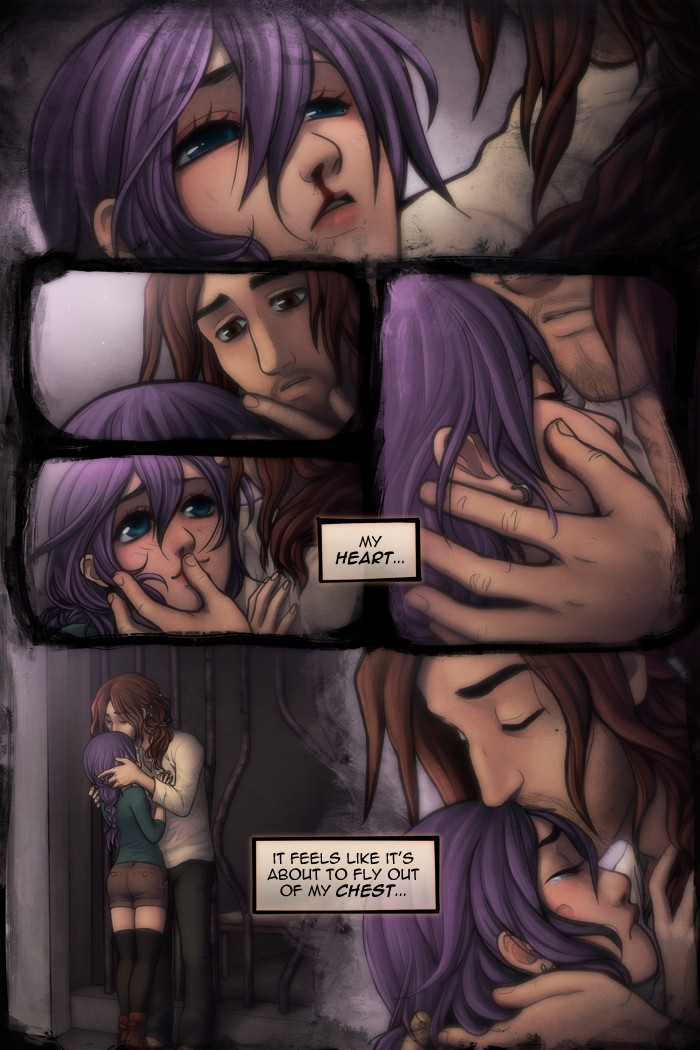 He's supposed to be wiping the blood off her nose there in the third panel. ROMANTIC SHOUJO-Y NOSE WIPING, AWWWYISSSS

NGL, this whole scene has been playing out in my head to the Rosalin & Adama theme from BSG xD SO PRETTY UGH I CAN'T DEAL WITH IT

But yeah, I know these pages are pretty light on dialogue. Stick with me on it for a bit longer, please XD

Also please pretend I didn't accidentally draw Zeke way too tall [shouldn't be much taller than vix when she's wearing those heels of hers...oh well...lol /headdesk]

In other news, my revisions I think are going alright. I have a few more things I need to iron out [stitching together the new ideas with the old ones takes a bit of time since the tone is different now haha] but it's about there...

Also I literally have no buffer left thanks to these changes. I don't think it's going to effect updates but I'm gonna be scrambling a lot the next couple weeks to redraw all the thumbnails while also still updating every week haha... I ended up scrapping a looot of art and amusing dialogue for these revisions... which really sucks cos I actually liked the scenes, but you know, it's for the best in the end. I can probably share them later on tho so you guys can see what could have been haha [i am repurposing a few things tho so it will have to be after the new scenes play out a bit]

I did an art card trade with Thane! She did me this awesome Vix! 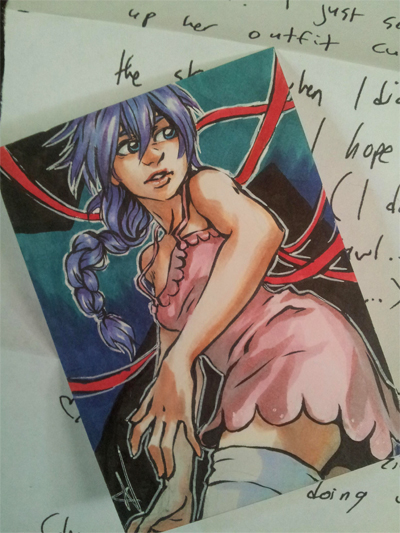 IT'S ALSO THAT TIME [other] OF YEAR GUYS

First up is Sombulus, a whimsical fantasy with a good dose of humour and action. It follows three rather different people [a feisty lady paladin, a kindhearted tinker, and a cocky 'essence gatherer'] as they world hop around, causing and fixing problems as they go.

Really a lot of fun and the art is super cute. Also you might notice the art kind of changes throughout the comic, depending on which world they are currently in, which is kind of super awesome xD

Some things I did this week when I needed a break from comic work. 1: Andre got an ask. xD // 2: Random new OC who I already love even after this one sketch lol. // 3: Trying to give a character coming up real soon a makeover... my friend offered Hunter Parrish as a base and this is what I've gotten so far...prolly gonna tweak him more but he already looks better than the old version! XD; [no offense, demi xD /pets]