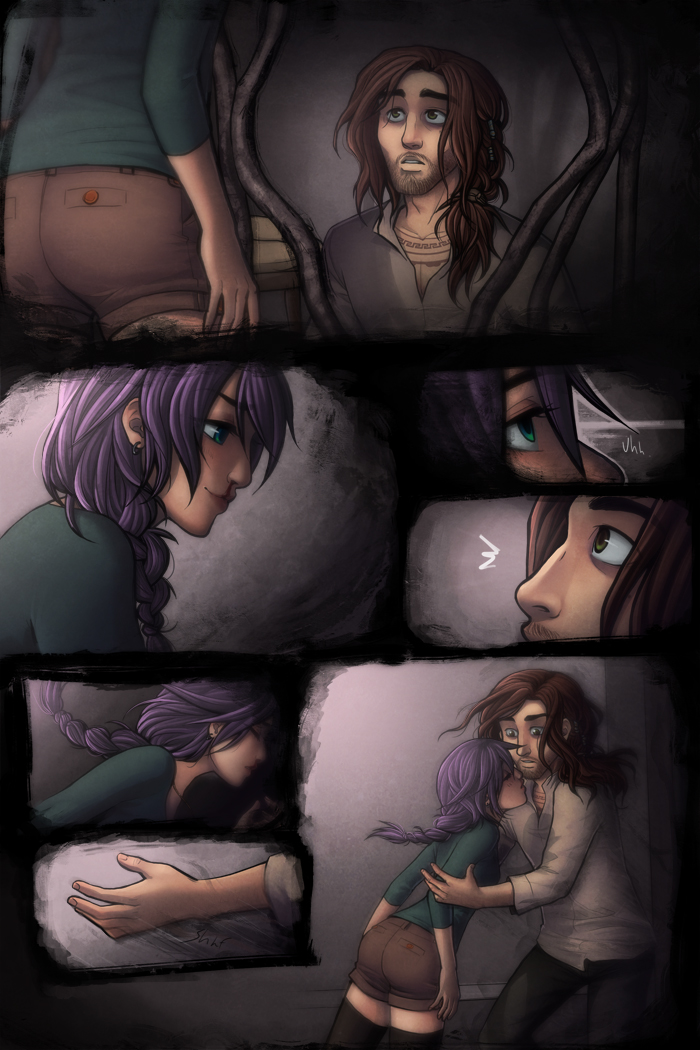 You know how I kept saying my comic wasn't "that shoujo"...?

I updated some pages a bit cos I decided Zeke needed to also have some of Jason Momoa's cute freckle mole things lol. So now he has those 8D; You may have to refresh the old pages to see the updated images tho [previous page didn't change tho, his hair covered all of them there lol]

If you missed it on facebook, I made a d*s trailer 8D Let's see if I can get it to show up here:

(some spoilers in the video! don't say i didn't warn you haha...tried to avoid super obvious/major ones tho.)

I won't know til I post this news post if that worked lol but if not, I've added it to the about page...can only hope that it didn't mess up my news post tho ha :P

But yeah, please spread the video around if you think it'll make your friends wanna check the comic out! Like I said on youtube, it's a really rough version since it's not all filled in with completed comic art [a lot of it is old notebook sketches from the written version]... but I think it gets the point across at least?

As a little heads up to you guys...I'm considering taking a very short hiatus between this chapter and the next to get some rewrites done...I was originally gonna combine 2 novel chapters but I am thinking I might keep the chapter split after all...and there is some editing I need to do on the next section of the story cos the more I read the script, the more I hate it lol. I don't think it will be a long break if there is one, but I thought I'd let you guys know I was considering it.

Anyway, gonna go see if Izzie will allow me to update the character page finally haha. Poor Kou. You're not that mysterious anymore, you fuckin' prick 8D

Some old art....one is a hoooorrriiblllee [or hilarious] K. Peen comic made at Kou's expense and the other is sort of what it was based on [cos i'd been working on that pic when i drew this comic]... I really do need to draw that pic again nomnomnom