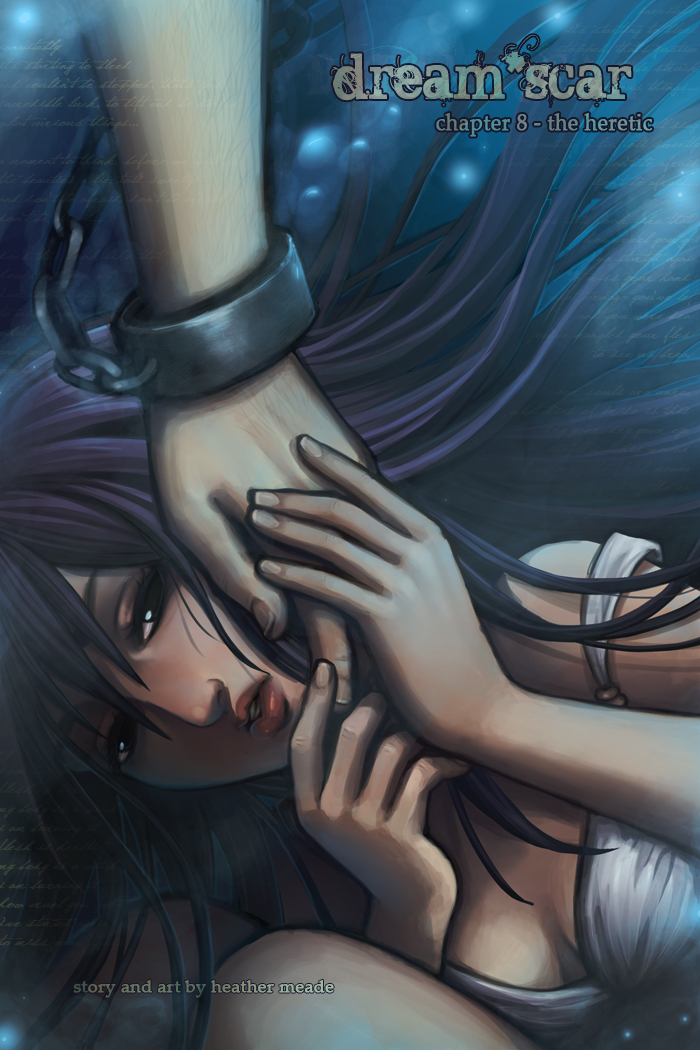 inevitably
it started to bleed
and couldn't be stopped
that's justice

does this look like that?
how cruel you get
i've started again to miss your hands
the carnage you've left

So chapter 8! Here we go! I'm kind of excited about this chapter but also dreading it... but I'd say I'm like that about a lot of the chapters from this point on haha.

If you missed the other chapter 8 cover designs I tried out, you can view them here [i know not many ppl got to see them when i posted on fb, since fb limits the post exposure now].

I will possibly not update next week so I can work on pages a bit more. All I got done this week was yesterday and it was a single panel of one character lmao... it's been a rough week for the baby [teething, so she's real clingy]. I really wanted to build a buffer up again, but if I can't, I might just have to be one of those unreliable updaters that misses updates sometimes...WHICH WOULD KILL ME because I hate when comics I read fall into that. But I'll do what I gotta, I guess!

I finally changed that old google+ icon on the side menu there with my tumblr button. If you are into that kinda thing, have at it! Even if you aren't, and you wanna send me [or my characters xD] a question, you can do that there! And you don't have to be a member to ask! You can send anonymous msg's too! But my answers will be public...so keep that in mind!

Also I am using my twitter more now, cos why not.

Anyway, back to baby!

As I looked at the script before starting the thumbnails for chapter 8, i realized there are werewolves in this chapter [uhh, minor spoilers? but not really lol] ...and then I realized I hadn't drawn a wolf in years. So I doodled some wolves in my sketchbook without refs [my phone was dead]... then there's also a clip from an upcoming page, where I used a ref xD