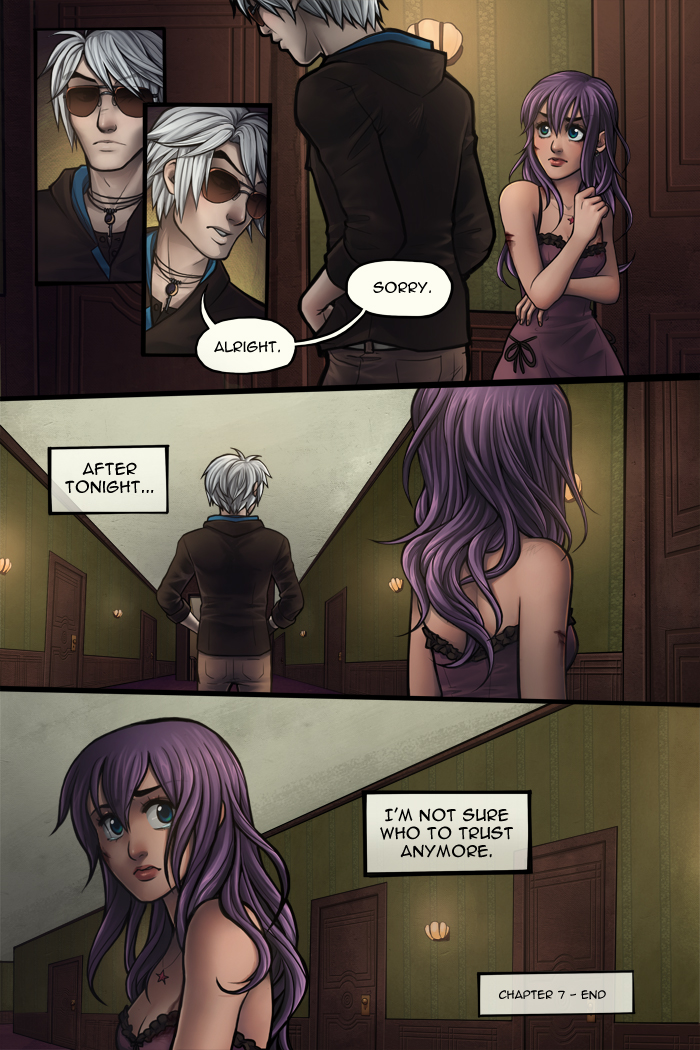 YAY!! ANOTHER CHAPTER BITES THE DUST. This was a long one too! But it was two novel chapters combined [the split before was about where vix sees andre at the boardwalk]

I am probably going to take a small week or 2 break [not sure yet, will let you know on fb/twitter] before starting the next chapter, so I can build up a couple pages of buffer. I spent all the buffer I had made writing the script and doing some thumbnails. I'm only on page 3 of the thumbnails currently and I like to have at least 6-8 pages of buffer in the thumbnails so I can make sure the pages flow right.

If you guys like outfits, I've been designing some for Vix and posting them on my tumblr. I'm also using my twitter a bit more again, if you're into that scene. It's generally more personal stuff than I post on the FB tho, so if you only want comic news, best to just stick to FB or checking the site itself. xD

In other news, I added a new comic to the links page, called Lost in the Vale. It's pretty new, so it's easy to read thru! The art is really cool and unique, and the artist is a total sweetheart! :] Give it a peek~

I also wanted to say, thanks for all the comments last page! I really love reading thru and replying to them! So many hilarious and insightful things to read~ you guys are seriously the best! c:

For those who were sad that these last few pages didn't turn into Kou/Vix FEELS, have an ooold ass comic of the two. Probably not the feels you were looking for... but hopefully you will still get some kinda feels.