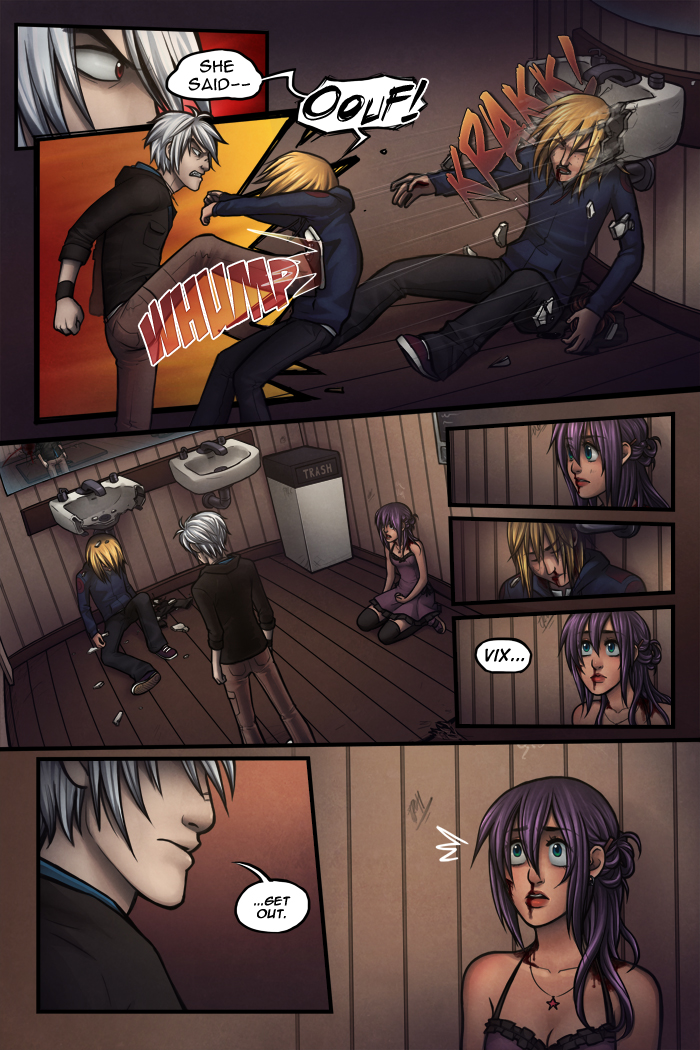 Apparently, Kou really liked those sunglasses... srs biz. [also, new canon pairing as dubbed by you guys in the comments: kou x sunglasses. i expect much fanart of these two, chop chop.]

This page gave me so much shit but I love it..so much. XDD Like, poor Andre, but I really enjoyed drawing it... xD


Life news:
1 year wedding ani this weekend, whoo! [note: coming up on i think 8 years together tho haha..] Going to eat at the place that catered our wedding [they are making the things special for us, cos they don't serve the things we had at our wedding in-restaurant! so cool!], then get some of the cupcakes we had instead of cake from kara's cupcakes [if you are in the CA bay area, should def try them out :9]... I'm way too happy about this xD! We're also planning to go to the beach for the day... hopefully weather will be dry enough!


ANYWAY....this week in the Spider Forest comic of the week, the urban fantasy series, Twilight Lady!

In demonic circles, she is spoken of in whispers, and known only as the Nameless Lady in the Hood. For eons she has wandered the realms of the living and dead, craving solitude, yet compelled to aid any wronged who seek justice... or vengeance.

Yet another I've yet to read entirely thru, I still find this story pretty fascinating. The first half is done with 3d models, which I normally shy away from, but I got pretty hooked in by this page and the ones following it and read for like an hour straight lol.

Blake recs new readers start at The Indwellers arc, as it features the new artistic team and is a stand alone story [meaning you can read it without reading from the beginning]. I do think it requires you to at least understand that The Lady is sort of 'living' inside the body of a normal person tho [jen, the girl with the bluish/grayish hair].

Anyway, since d*s is all occult and such, I think this one might fit in with you guys, so check it out!

A sketch comic of how this page really should have gone... could be considered the first fanart of KOUxSUNGLASSES. awyeaaaah