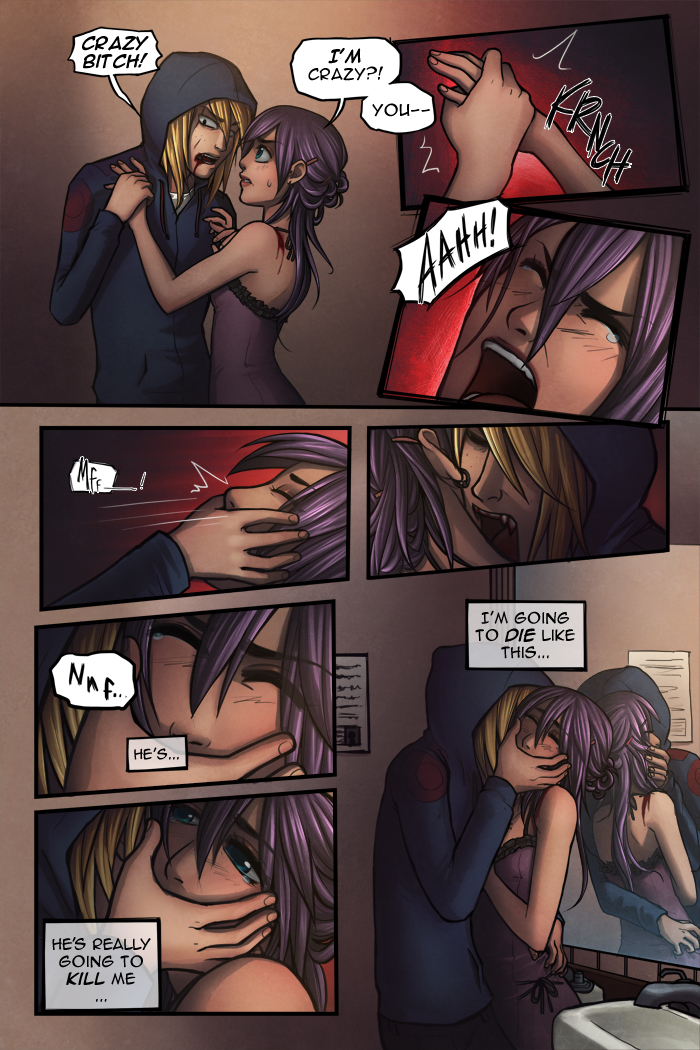 I don't think he's fucking around anymore 8( [also sorry for the rape vibes...]

Not much to say this week. Finally getting the stitches out of my head tomorrow...hopefully things are ok. The area looks a little gross right now... 8( Also my stomach is starting to show even when I am wearing clothes now... whee~ :D

ANYWAY! This week in the Spider Forest spotlight is The Only Half Saga! I have probably mentioned this before, not to mention it is in links section as one of the bigger banners [aka one of my favourite comic reads :)].

TOHS is about a dhampir named Cabal and is first and foremost a story of revenge, I'd say. Cabal is pretty much hellbent on finding his father, whom he pretty much blames for his and his [now crazy] mother's situation. Along the way, of course, he gets sidetracked by other interesting things [MIRANDAAA iloveher XD] and, idk, it's just a fun read. The art toward the beginning of this is a bit shaky, but it gets a lot better as it goes onward, and the writing is really solid throughout, and often Denise will talk about the pages and some backstory at times in her little blurbs below, which offer more insight.


Again, I suck at descriptions, but give it a try! I DEMAND IT 8D

[note: it has some nudity and profanity, but then again, so does d*s... lol]

Was listening to a Warpaint playlist on YT and felt like drawing Andre/Vix stuff... based the pose on this picture of Emily and Nolan from Revenge [i'm addicted to this show @[email protected]]... what I didn't notice until further into the picture was how good I'd drawn it LOL. Shows you how often I zoom in all the way...