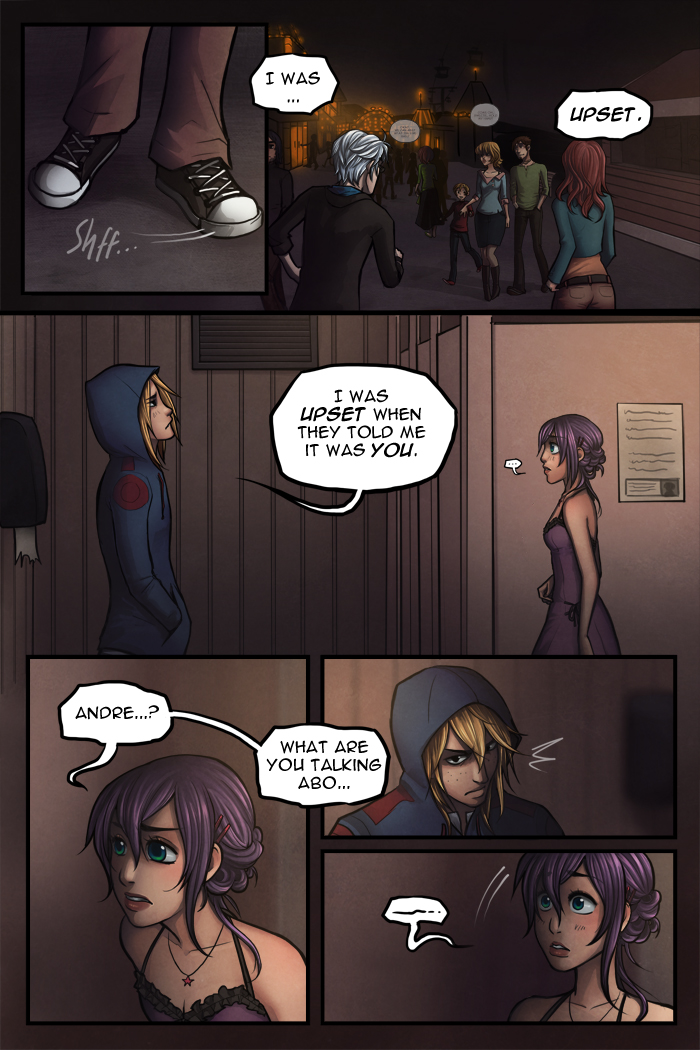 If people were unaware, d*s is part of a webcomic collective called Spider Forest! We just accepted some new comics, so I thought I'd give them some linkage... unfortunately I suck at summaries so please give them a chance despite my fail 8D;

Gods of the Game - Something for you D&D players. :D Also relatively quick read.

Spine - Cool art style, kind of an actiony/sci fi type story. I'd say maybe more adult, mostly cos of the violent first chapter. [then again, if you are reading d*s, maybe you like bloody stuff!]

Ley Lines - Not sure if anyone read Shades of Gray back in the day, but this is by the same artist/writer! Check it ouuttt.

Footloose - I still haven't gotten thru all of this comic...the archive is pretty long~ There's a lot of unhumany stuff in here, too!

Silent Pirate - Super adorable comic. The title pretty much says everything you need to know about this comic :)

Lasalle's Legacy - Haven't had a chance to read thru this one entirely yet [it was a later entry] but I gather it's got pirates and action and probably some loooove in there too. Also the art is pretty cute.