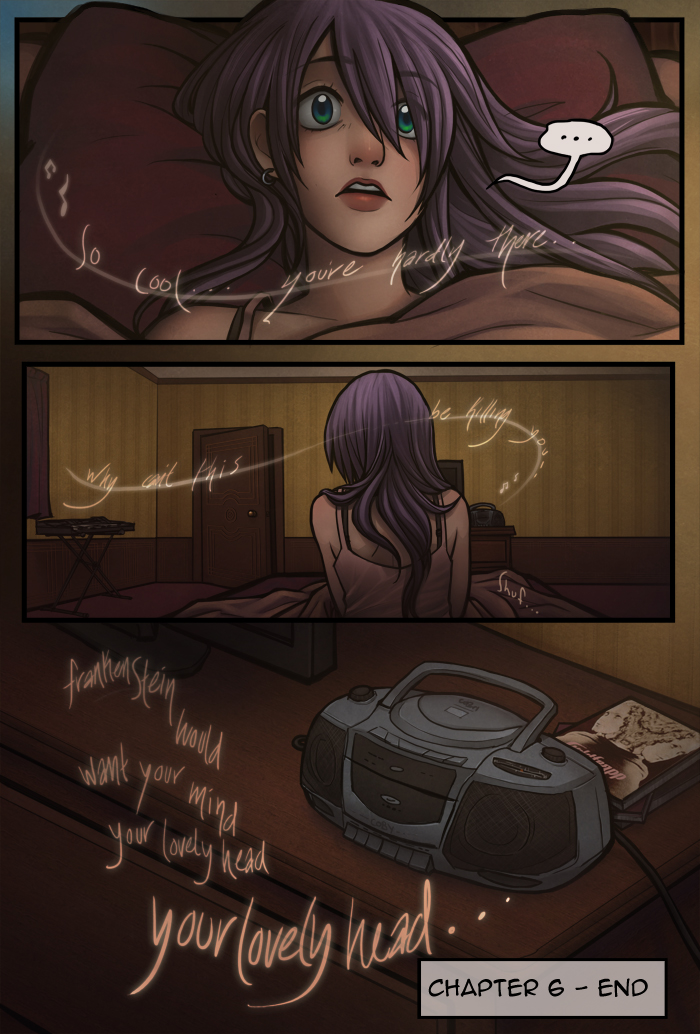 Early, early post! Not gonna be around tonight to update, so figured I'd post it early :'D Everyone likes early posts, right...? LOL

Btw, the song Vix has on her player on this page is 'Lovely Head' by Goldfrapp ... I kinda of imagine it from 3:00 on for the scene, tho in actuality the lyrics listed start at 2:05~ish. :P

Also, Josh has pretty much finished the new layout, and I would like to post it by tuesday...but he still has some details to finish [which he's put off for over a week now, grrr!], but look forward to that, I suppose?!

ALSO also.... it's still a couple months away, but I'll be going on my honeymoon [finally :P!] toward the end of Oct, so there will be a missed update or two around then... I'll keep you posted. :)

I haven't really had much time to work on art this week, so here's a couple thumbnails for pages from chapter 7, wherein the characters get a little break from angst and drama to have some fun xD [beware: my thumbnails aren't as pretty as the finished work lol]