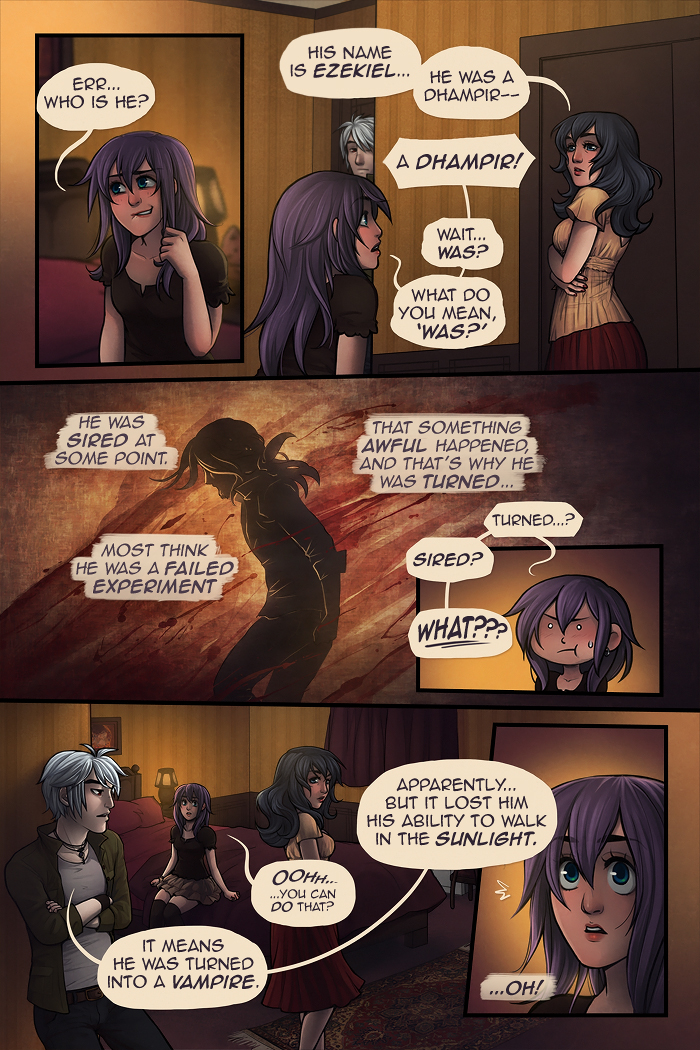 GOT SOME THINGS TO PIMP:
SOMBULUS KICKSTARTER by fellow Spiderforester, Delphina~ I've pimped her comic before and now she's doing a thing I WISH I WAS DOING, which is trying to print her webcomic for the first time!! HELP HER ASS OUT! If y'all haven't read her comic you oughtta, cos it's pretty damn fun! 8D You can watch the video on her kickstarter to get an idea what it's about too~

SNOW BY NIGHT IS DOING AN ART CONTEST and it's got cash prizes, hot damn! I'm really hoping to join cos this comic is one of the ones I obsessively check every update day and it's an excuse to do fanart but MY TIME my tiiime. Not sure I will get to /sob In ANY case, this is another you guys should be reading, it is daaaaaamn good.


LAST UP. I did an interview for Saturday AM in their #3 issue~ It's a monthly paid subscription magazine with a buncha shounen manga and what not. They did say my interview would be on the site eventually too, so if shounen ain't ya thang, then y'all can just wait it out. They did misquote a few things in a pretty hilarious manner tho [like 'my Project Wonderful ad money' became 'my wonderful ad money' ppfffahahahah] so it might be worth reading for that since they are gonna correct those things in the site version. XD;

Quickish doodle for Valentine's Day 2014 8DDD I chose the characters based on the pairing poll I did a month or so back... since the top 3 were all including Vix, this is what came of it XD