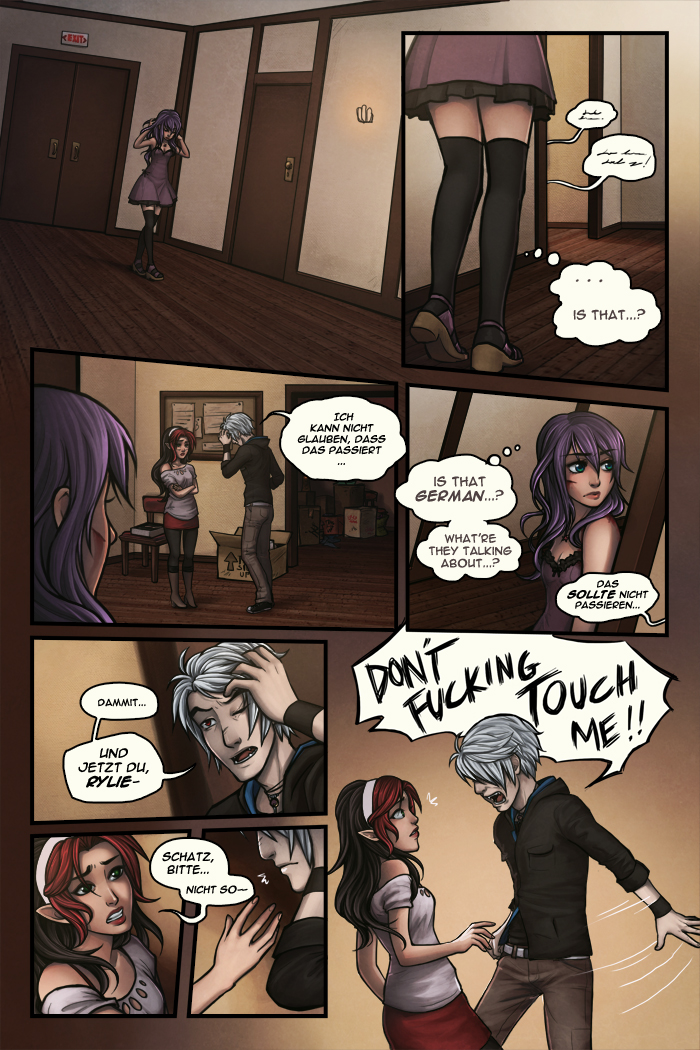 Jeez Kou, don't go man slobbin' wife beater on us-- WAIT OMFG UPDATE WHAT WHAT WHAT. ALSO GERMAN WHAT WHAT WHAT ARE THEY SAYING. [thanks again to that evil squirrel fellar, phil, for the german assist. :')]

If you've kept in touch on facebook, you will know I'm hoping to update once a week again, but given my circumstances now, I might be a little late with updates. I'm also thinking it's possible I will take small breaks between chapters to help build a buffer [but not long breaks, maybe a week or 2, idk yet...might not even need to!]

I am currently being yelled at by my baby, but I want to get this posted, so I'll be cutting this news post short! Lol. I'll fix the rest of the site up later [like changing that google+ link to a tumblr one, since i have one of those now...]

THANKS FOR COMING BEING SO PATIENT GUYS FOR REAL /weeping

Peek at the next page before resize [had tried a new colouring method on it...that didn't really pan out for me]