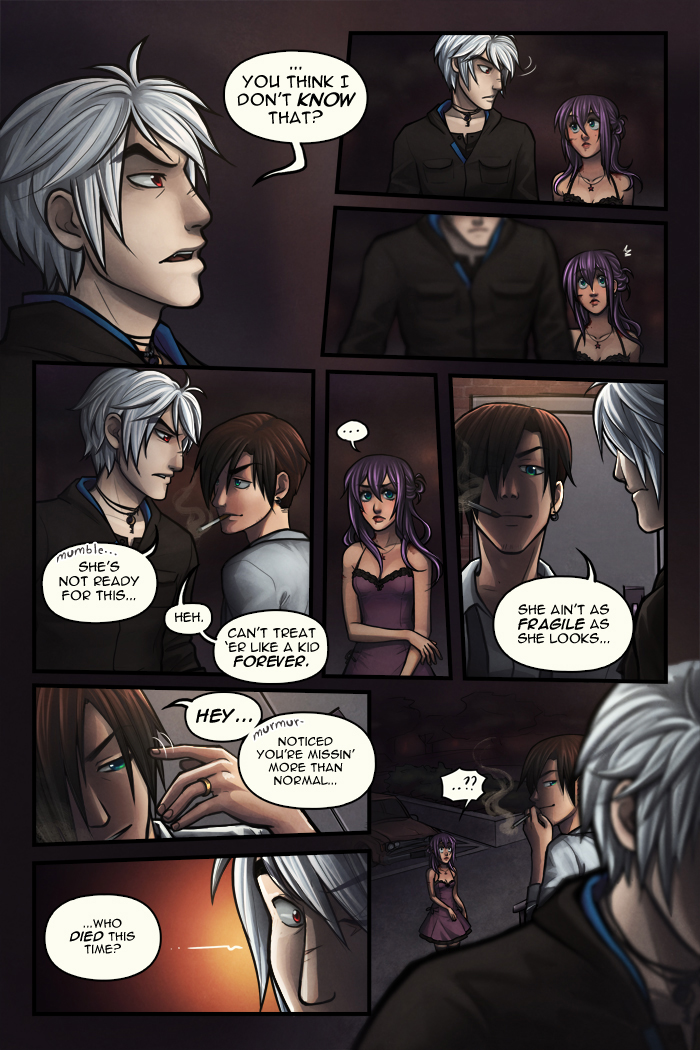 Well, I'm not sure what that was about, but I think it's safe to assume it was extremely inappropriate!


Couple weeks til the hiatus! I still am not really sure what I will be doing during the hiatus with the site -- fanart/fancomics? Just random sketches I've done when I get a chance? I don't really know! I've never done a hiatus before!

If you had anything you wanted to contribute, you can always send me an email, drop me a line on facebook/twitter/DA, or just post in the comments section below.

By the way, I'd like to mention that I will probably try to finish up the print version of vol1 during the hiatus. I haven't really had a chance to touch the vol 1 edits since January, due to the research I've been doing on baby stuff during any and all of my freetime [and some of my comic time, admittedly]... would be nice to finally have it finished. Totally one of my life's sad little goals, to hold my own comic in my hands :'D


The Spider Forest comic of the week is LaSalle's Legacy!

In the world of the Twelve Seas, the secrets of necromancy have been lost to the Old World for decades. When a young man discovers that his father's old nemesis, who is now a zombie, is out to kill him, he sets out to learn more about this forbidden art. Along the way, he discovers he isn't the only one curious about the secrets and becomes engulfed in a battle for power.

Any webcomic creators out there? SpiderForest, the webcomic collective I'm a part of, is currently open for applications =D You might have noticed the SF banner along the very top of my website... *pointing upward* yeah, that's them up there. :'D Great group of people who have offered me a lot of advice and friendship since I've been with them!

Anyway, have a look around the website, and if you're interested, feel free to apply :D Deadline for entries is the 24th! [next tuesday!!]

Quick comic I drew based on a dream I had the other night. Note: this is the second were-baby dream I've had [the first time, she was a werekitten] ...