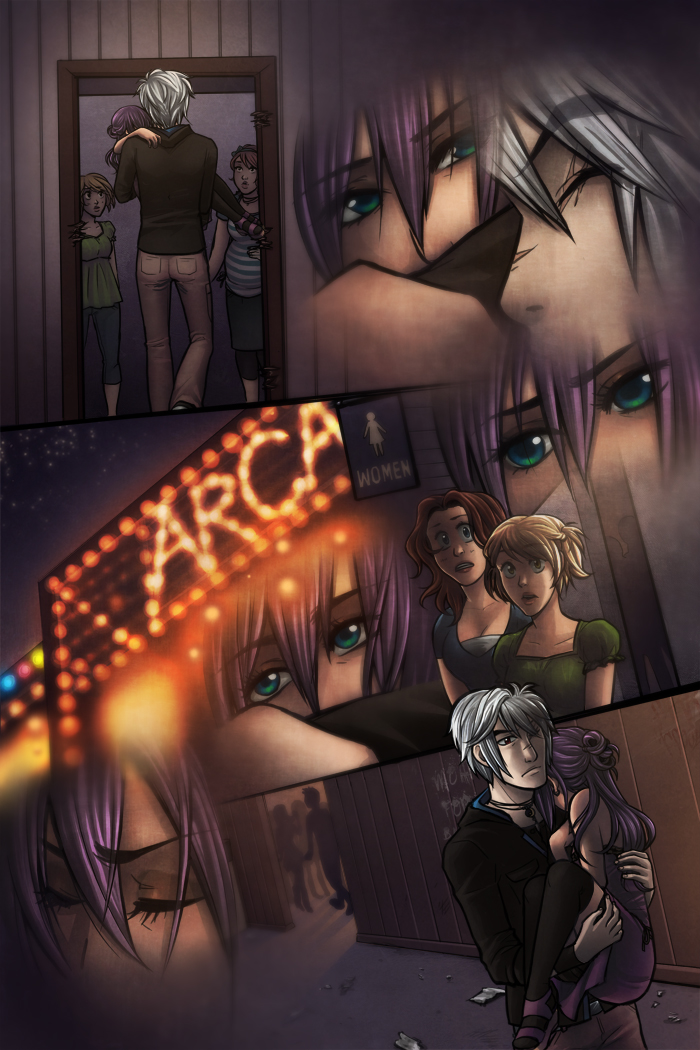 So this page originally had narration, but it felt too cluttered, and I couldn't condense it enough for it to have the same effect lol... so just pretend it's obvious she's in shock and having trouble focusing on anything while at the same time unable to ignore anything around her lol.


I have a confession... I'm readdicting myself to the Diablo series thanks to Diablo 3 :c Good news is, I'm able to play it with my tablet pen instead of my mouse, so it doesn't hurt my wrist when I play it like playing WoW and SWTOR did XD Also, I'm being good and not playing it for more than a couple hours a day... speaking of, about to go play some with the hubby :x


The Spider Forest comic of the week is Precocious!

"Because Knowedge is a Weapon!" Excessively bright students have an amazing ability to outsmart themselves, and the kids of 4th and 5th grade combined class at the Poppinstock Academy for Gifted Children excel at this. They aren't exactly your usual innocent, starry-eyed youths. Being normal and nice is far too boring! These kids are not content unless they've escalated things out of control.

I haven't had the time to read this one thru completely, but it's a very cute comic that you can pretty much jump into anywhere, thanks to the way the archive is set up. Each section is relatively stand alone. Also, I recommend you mouse over the pages, they usually have amusing flavour text xD

Clip from a page I'm working on yet again, less finished that last weeks tho lol. I spent forever drawing that stupid console and it's prob gonna get covered by dialogue ._.;;; Sorry for the caption, this one is just desperately bad and I'm clearly 10 years old.