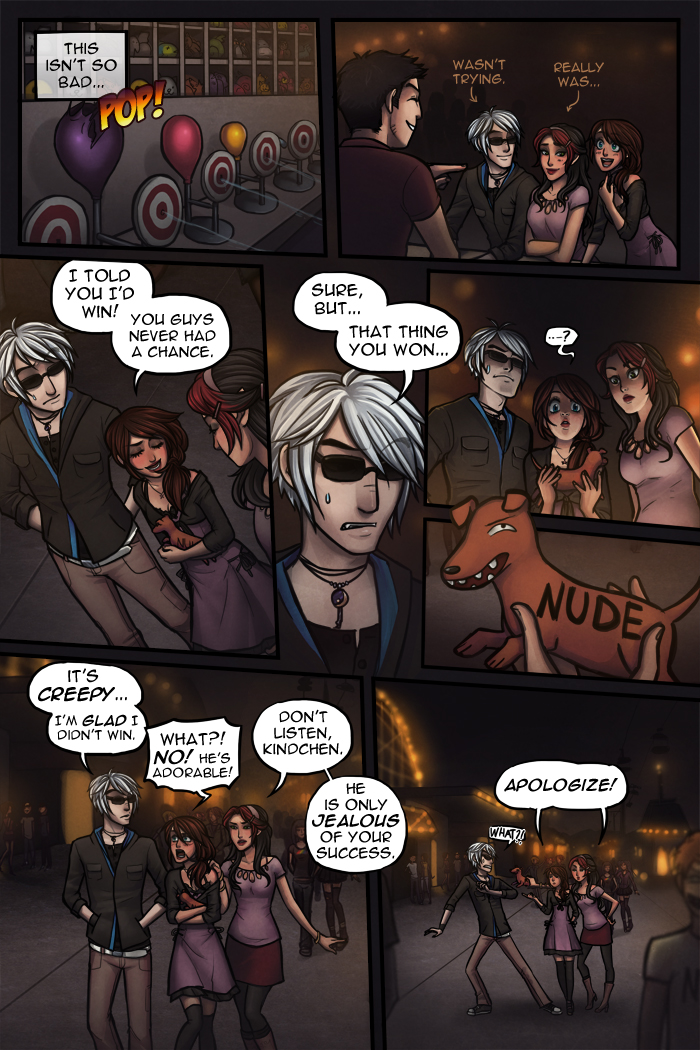 I debated whether or not to make R. Peen the stuffed animal Vix wins in this scene [it wasn't him in the novel version]... but in the end I couldn't resist lmao. [also, i hope you get a kick out of kou's reaction, kyrie. ilyml.]

Apparently I am going to be playing SWTOR tomorrow. I don't really know much about it, but J really wants me to play it lol. I won't let it take over my time tho. Gaming almost wrecked my hand, so I'll prob end up really casual about it this time around...but maybe next week I'll draw the charas all Star Warsy, if ppl like the idea lol...

Spent most of my week rescripting a scene that's coming up, cos I realized I freaking hated it, so I didn't get to do any extra art this week. I just sat down and pooped this out in a half hour. If anyone knows about turntable.fm, you'll probably get a kick out of it? I always thought of this avatar as the 'apple girl' so I might finish this pic later and...idk, put apples on it. lol *headdesk*