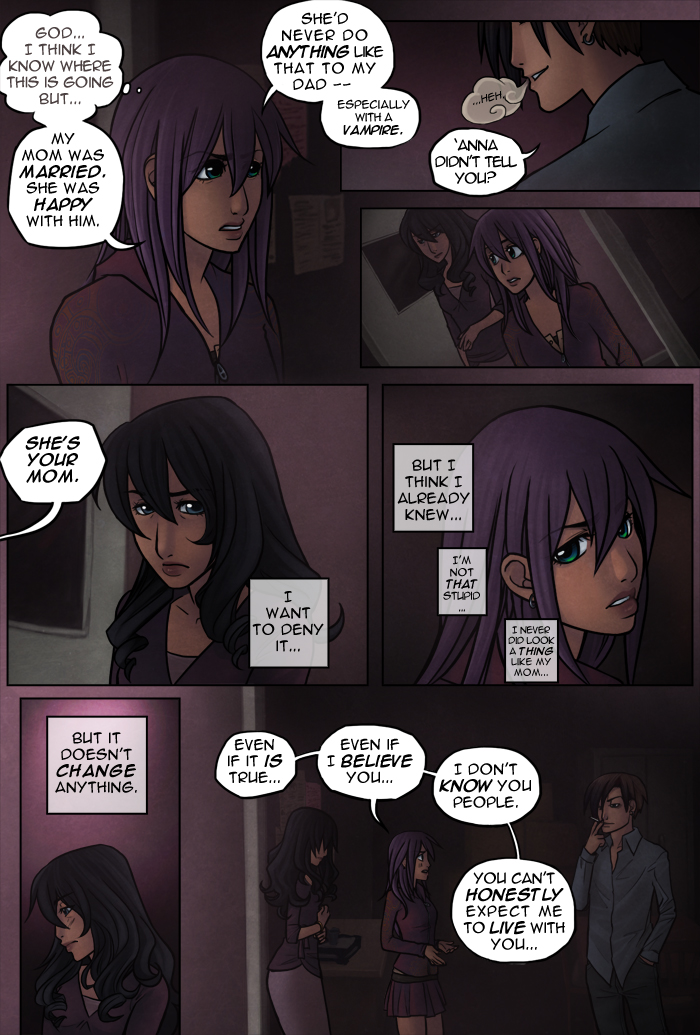 Lysander tells Vix something she already suspected -- but it still hurts =(

Watching Nina play Mario Galaxy 2, I thought about how cute Yoshi was, and then remembered Boshi, the badass Yoshi from Super Mario RPG [SNES], who wore shades and was generally kinda rude to my memory. So I figured if Kou was a Yoshi [Koushi] he'd look like Boshi xD And that's the only reason I doodled them. This thing srsly isn't that funny but maybe at least it's cute?