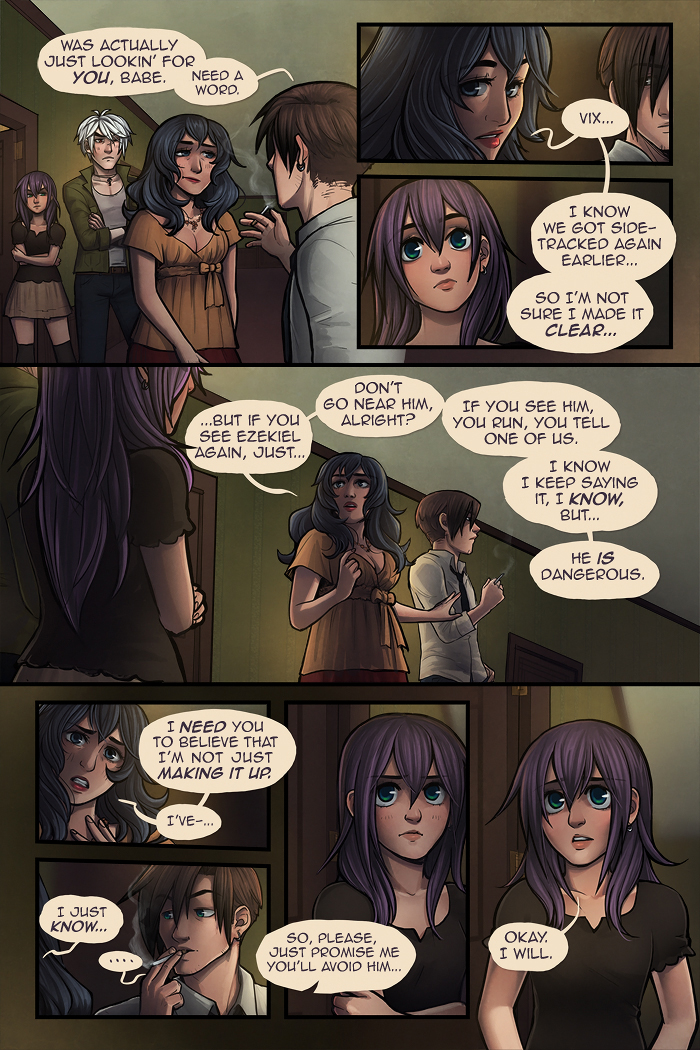 Also panel 1 is my new favourite lmao. You can basically read everyone's mind just by their expressions xD


SpiderForest Application Season is coming up again!
July 1st - 24th! Self hosted comics only this go round!! That means you need to have your comic hosts on your own site, not a place like DA lol.
Check here to read a more thorough description~

ALSOOO thanks to anyone who helped contribute to the Monster Anthology Kickstarter! I'll let you guys know when it's available for buying [pdf and prolly some left over prints too].

Speaking of kickstarters, after this chapter is finished [maybe 6 more pages?] I may take a short hiatus so I can work on the vol1 print and maybe get a kickstarter set up D: ??? I DON'T KNOW the idea is terrifying to me. I will decide once I get to it, but I will at least be taking a short break to do print edits and maybe also work on my buffer lol. I'll let you guys know!

Drawing with Izzie and Jeni and jumbo crayons [harder than expected to use lol]. There's a Vix and a Penelope and then a pic of Izzie helping me out. Under all that is a clip from a Kix smut comic I started doin' for myself cos I was bored [but the panel is SFW so don't be scared to look at it lol xD]... it's based loosely on a real scene from chapter 28 so I prolly won't share the entire thing anywhere lol. [like last time i did one of these, the scene doesn't end with them making out xD]