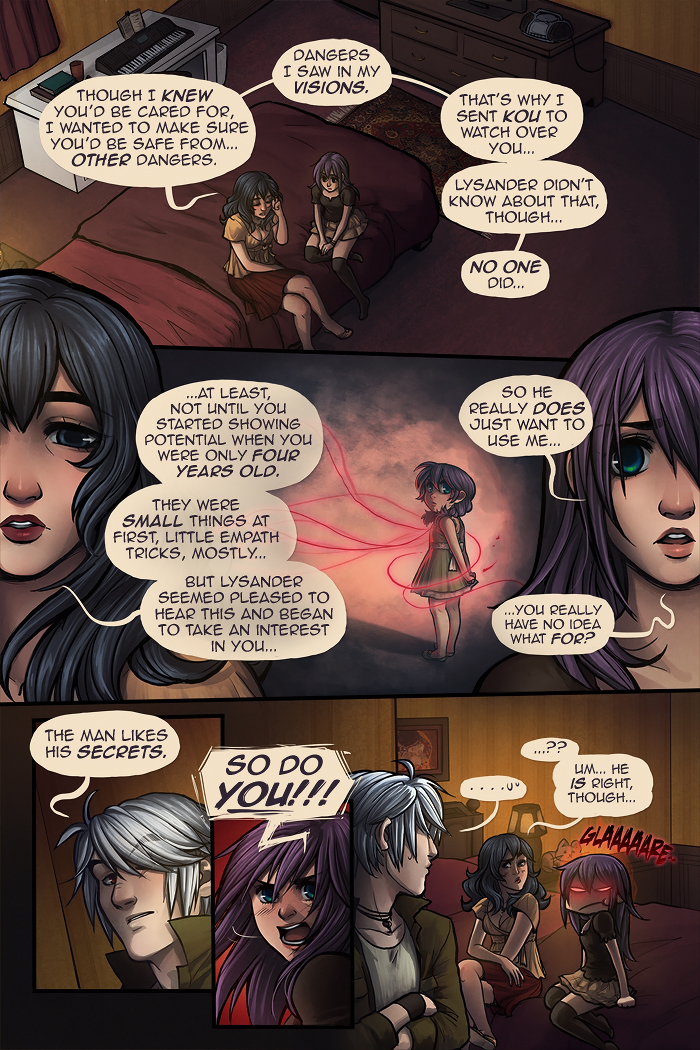 I think Vix is still kinda bitter at Kou for being a creeper at the end of chapter 7.... lol

SO D*S asawebcomic TURNED 5 ON WEDNESDAY!! like holy shit have i really been at it this long??? I've literally only taken one 6-month hiatus in that time TO BIRTH A CHILD and like HOW AM I NOT BURNT OUT??? I STILL LOVE WORKING ON THIS COMIC /laysonface if there is something wrong with me i don't want to be right


I GOT SOME FANART fdjsd. My friend drew me an Arliss but I CANNOT FIND IT ON MY COMPUTER sob... but know that it was adorable :CCC

I also got a badass pic of Vix and The Twin, but there are boobies, so it's a little nsfw. But it's only nudity, not like explicit content or anything... 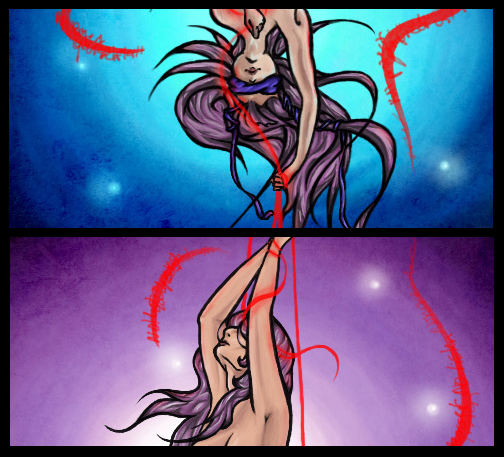 The kickstarter for the Demon Edition of the Monster Anthology is still going! You can see a clipped sketch of my first picture for the it here which is of Penelope, my demon bunny girl...it was gonna be Rylie but thing magic happened and it turned into Penne e.e;

I think that's all!!

During the livestream this week, there was a lot of talk in the chatroom about a d*s high shool AU in which everyone is in love with everyone else and no one loves anyone back?????? LOL There were more charas listed than this but... I ran out of steam so here are the main ones at least ahahha. if you saw the preview pic on this page [twitter/tumblr/fb] then you have already seen some of the amazing drama in this series...!!! /shot