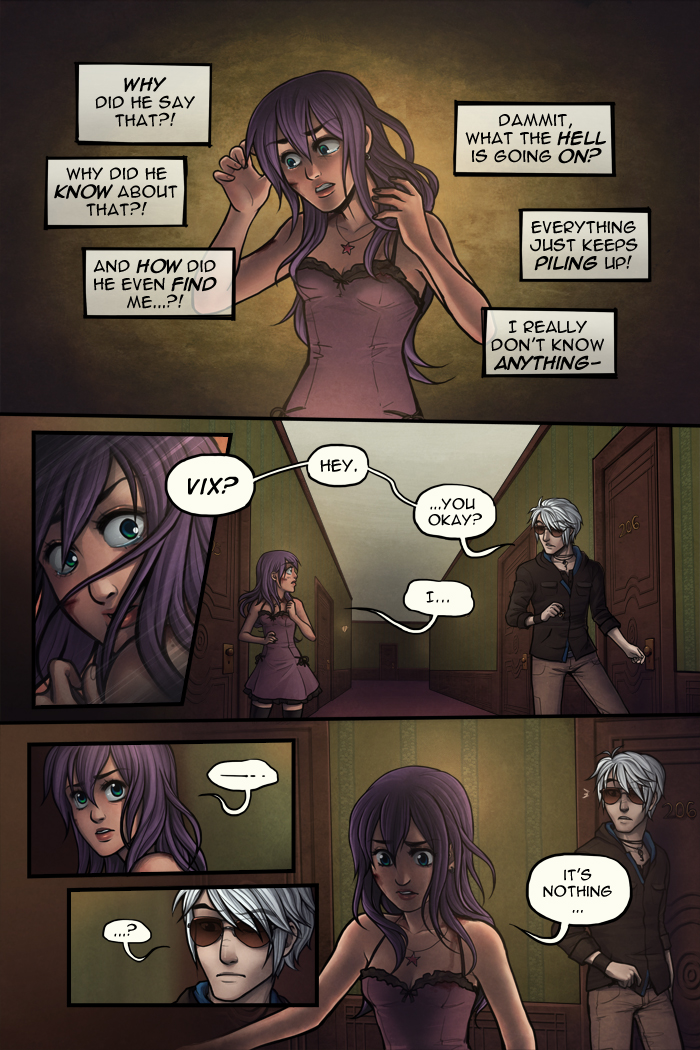 Damn that guy...having backup sunglasses. Now that his scar is no longer a secret tho, I can make his eyes more visible! So there's that, at least... so many pages earlier where I had to cover up good expressions with his damn shades fff.

In other news...I REACH MY GOAL OF FINISHING THE VOL 2 SCRIPT yayayayayaybut...then I kept going lmao [cos it is a very exciting part of the story!]... so I'm actually currently picking at chapter 13's script haha. I want to finish chapter 13 and maybe 14 before I start drawing again, but if it ends up seeming like it will take too long [probably won't], I will just leave it off there and get back to comicking, so there's less time between this chapter and the next. xD

Speaking of, there are 2 more pages in this chapter, in case anyone was wondering.

Anyway, baby time! Gotta run! [psst, here's a picture of izzie i took earlier while baking some food for her, just for the hell of it.]

oooold old old old! this is a comic i drew in i think 2007? josh had asked me to draw vix and kou, married and with a kid, and that they should be looking thru a photo album together...so this is what i drew haha. this is ridiculously non-canon for several reasons, the least of which being ('minor' spoiler) some of the charas pictured die in the comic... chew on that for a while, mwahahah 8D but it's still a fun strip, so enjoy XD