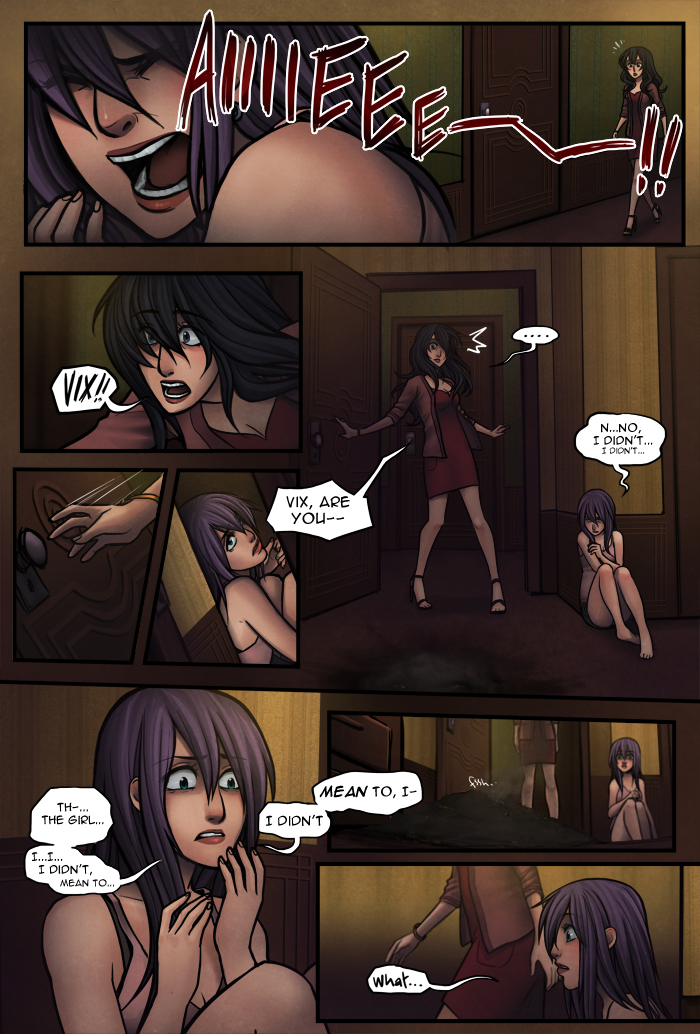 Arianna stumbles upon the scene.

Remake of a kinda weirdo older pic I did lol...this remake is also months old ._.; I had planned to use this for the vol 1 extras but the more I worked on it, the less I felt like it would really be a reward to anyone for buying the book LMAO... also I don't like how it came out, which is why it remains unfinished xD;